I'll be signing copies of the new edition of Science Tales at OK Comics in Leeds, on 6th June, from 5:3o onwards.

Both Psychiatric Tales and Science Tales, in their brand new expanded second editions, are now on available to read digitally, via the marvellous Sequential App.

Sequential features graphic novels and sequential art for mature readers with work from some of the world's leading publishers including Knockabout, Blank Slate and Myriad, with work by creators such as Alan Moore, Eddie Campbell, Robert Crumb, David Lloyd, Hunt Emerson and many more. Here's the link to the app.

Here's a drawing of The Magical Unicorns of Keith the Wizard. Character's created by Lizz Lunney. 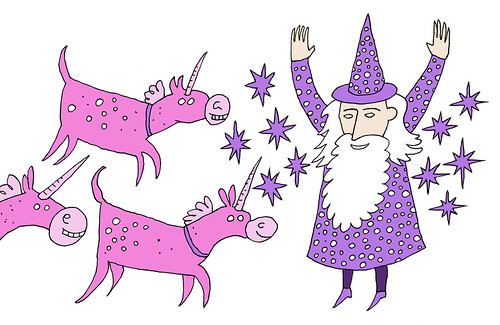