Page seven of The Streets of San Diablo.

Lettering has always been a difficult problem for me. I'm not very good at it and it takes me ages to do. But, despite these problems, I much prefer handwritten-looking lettering in comics to machine type, so therefore I feel obliged to draw it by hand. However I stumbled across a website recently which allowed you to create your own lettering font from your own handwriting. This is the first page in which I've actually typed in the lettering rather than drawn it. And it looks pretty good, I think. It has certainly saved me a lot of time.

I'm quite down at the moment, worrying about money, jobs, and suchlike. I've been sleeping rather a lot as I can't think of many reasons to get up. I'm going to have to make a real effort to drag myself out of this dreadful state of mind I've fallen into.

I'm thinking about going to the UK Web and Mini Comic Thing in March, even though I haven't a penny to my name. I've got to get out more. Is anyone else going? 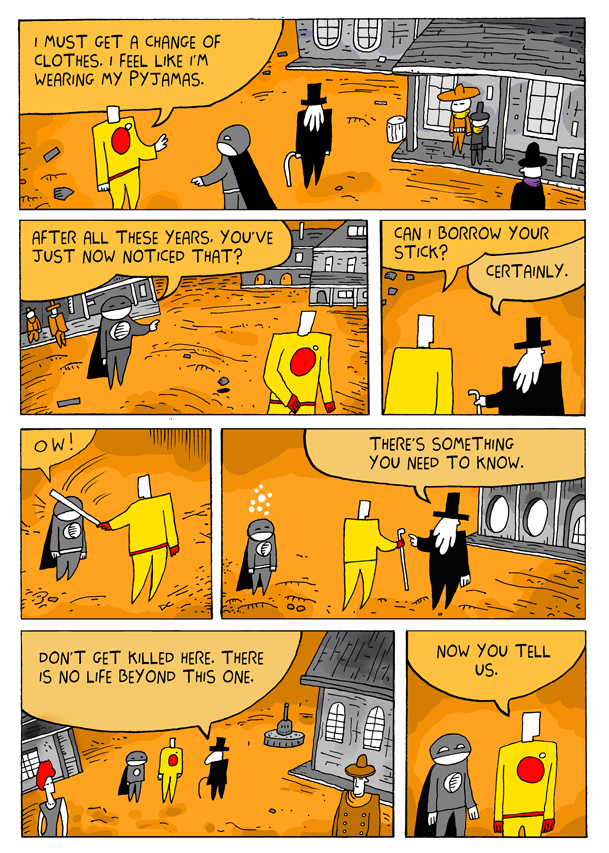