I'm now very close to the end of this particular Super Sam and John of the Night story. After which there will be a break while I work on other projects. This webcomic has been a long haul for me. At, mostly, one page a week on the Forbidden Planet blog, it's taken over a year to work my way through the narrative. Not what I ever set out to do, but the story grew and grew in the telling, until I began to wonder whether I would ever reach the end. It's been well worth the effort though, as I've learned a great deal about graphic story telling, especially in terms of colour. 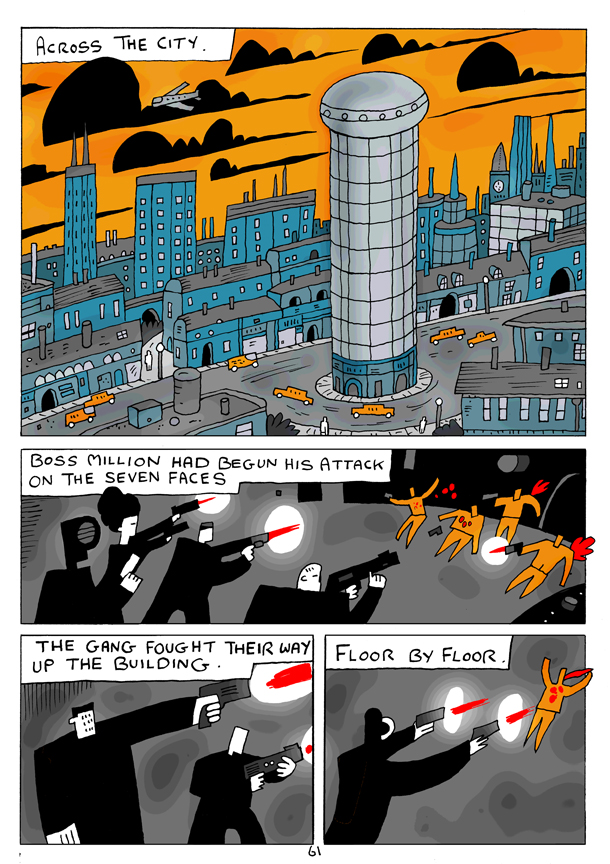