I've now reached episode 15 of Super-Sam and John of the Night. What was initially a simple gag strip has developed in my mind into something quite different. As I wrote and drew the strip, week by week, I began to think, "who are these people and what kind of world do they live in?"

As a result of this thinking, my mind has run off in all directions. I'm going to continue to do simple gag strips, but around this framework, longer stories will gradually emerge (such as the continuing Sam/Jimmy Cyclops war). Those with eagle eyes may have noticed a reoccurring piece of graffiti in the background of the frames. This is where I'm laying the groundwork for a future storylines, which may not even pay off for a year. 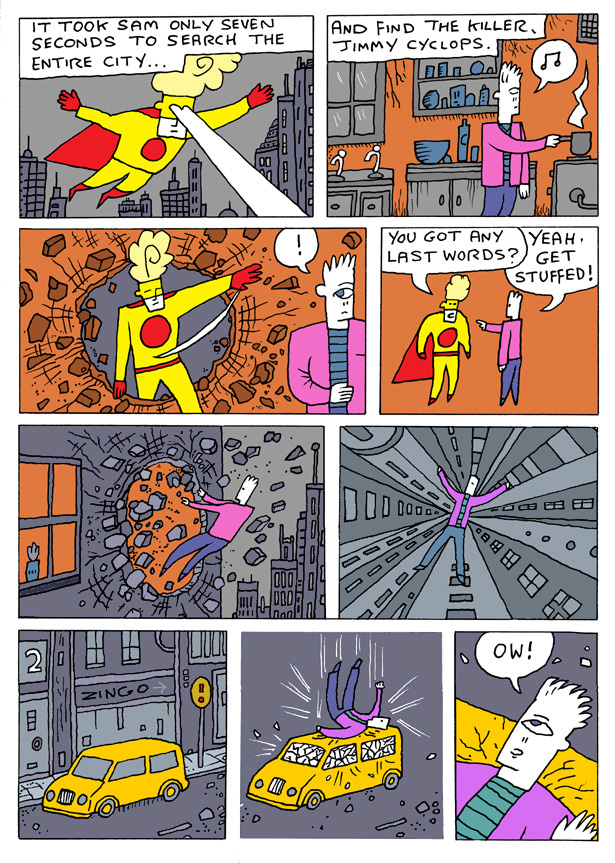 The previous nine pages can be seen here.

Things are good at work. I'm delighted to have found a job that I can do without suffering too much stress. Money has now started to come in and I've begun to make inroads into the debt I've built up over the past two years. It's still going to be awhile before I can clear this debt, but a definite light at the end of an extremely long tunnel can, at this point, be dimly seen.
Collapse