My latest TV obsession. Not due to be shown in the UK in until Jan, however I've already seen nine episodes thanks to the wonder of the internet. It's a geekfest basically: a superhero show, but one far more understated than has ever been tried before. Has a Lost type structure, a large cast caught up in a broad storyline, full of mystery. What's not to like?


From NBC's Heroes. Hiro Nakamura portrayed by Masi Oka: a salaryman from Tokyo who has the ability to manipulate space and time. Hero. 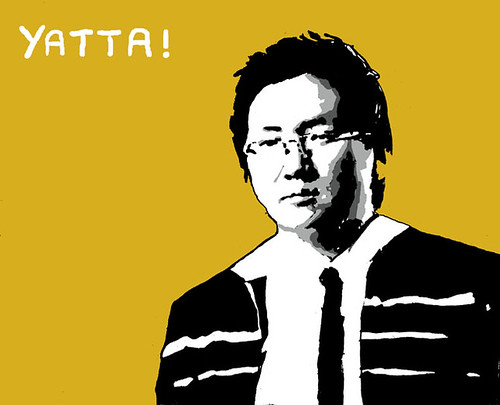