Today was the second day of my new mental health nursing placement. As part of my nurse training. I'll be working at a local residential home until the new year. The place is but a short five minute walk from where I live (very handy indeed). I texted a friend over the weekend, who I knew had already done a placement there, and she told me that it was a lovely place to work, and that I'd get on well with both the staff and residents. This has proved to be true.

Nine residents live in this house. They're all what I think of as old-type psychiatric patients. By which I mean, the residents are like the patients who'd used to live on the long-term psychiatric wards, years ago, before they were all closed down. They are a rather odd and eccentric group of middle-aged men and woman, whose various illnesses, such as: schizophrenia, bipolar disorder, will always need management, but they're generally a settled bunch, who are unlikely to need hospital treatment again. As I live nearby, I knew a couple of them already by sight, as they’re well known as local characters.

Not at lot happens at this residential home. It's not like working on the acute psychiatric wards, where things can rapidly change from day to day. The residents don't need the same kind of input that the acutely ill need. Pacing myself, so that I'm not bored, is going to be one of the biggest challenges in this placement.

Only two things of note happened: we had a food delivery and I watched someone’s eye being taken out.

The staff used to run up to the local supermarket, once a week, and buy the home’s food. A big job involving about thirty carrier bags and much effort. Lately, however, they’ve started ordering their food online from Tescos, who deliver it to the house. A far better arrangement, even when the computer is slow and it takes an hour to order the delivery.

One of the ladies, who had a glass eye, had to have this taken out for her biweekly check. I was fascinated to see this. The eye floating in saline solution and the pulpy-redness at the back of her eye-socket. One of those secret places of the body, usually hidden and never seen.

This resident lost her eye several years ago after first getting a white spot on her eyeball. Her doctor considered it nothing serious and sent her away with not much more than reassurance. However, not long after, while she was eating lunch in the shared dinning room with the other residents, the eyeball burst, running down her cheek. The eye was actually out and had to be carefully placed back in the socket, before the staff took her to the hospital.

The member of staff who was telling me this tale, was particularly annoyed by the hospital’s attitude. They didn’t even consider that the resident might want a prosthetic eyeball and just assumed she could do without. This treatment wasn’t even offered to the resident. Any so-called normal patient would have been automatically offered a glass eye, but because our lady, who is a lovely women, was seen has having mental health problems, it was just thought by them that she wouldn’t be able to manage the prosthesis. Quite irate, our member of staff told them that managing the false eye would be our problem, and that the lady deserved the same treatment as anyone else.

Such is prejudice even in health care. 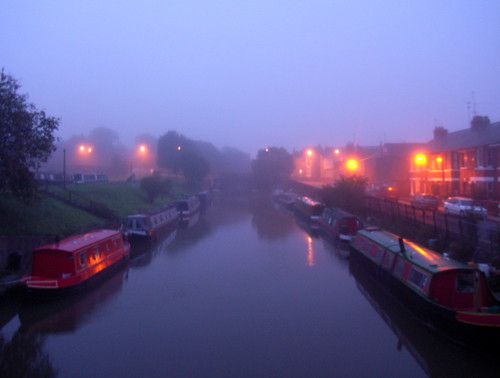