Well, I've had the first difficult days since I returned to work. My shift on Monday was from eight until four, but because the ward was in turmoil, I offered to stay on, and so didn't leave until seven. One of the female patients had to be sectioned under the mental health act. The hospital's response team had to be called to the ward twice to help settle this lady. She was screaming abuse at the staff like you'd imagine a traditional mad person would (it went on for hours). However she's been very settled today, which is good. I don't like seeing patients so distressed. Two other patients were seen as being the cause of this lady's distress. They were both transferred to other wards.

I'm fine in my own mood. I'm looking forward to moving next door at the weekend. I'm been shopping for new furniture and have spent a fortune. I'm trying not to think about this.

Recent sculptures. Many of these items will be online for sale in the coming week. 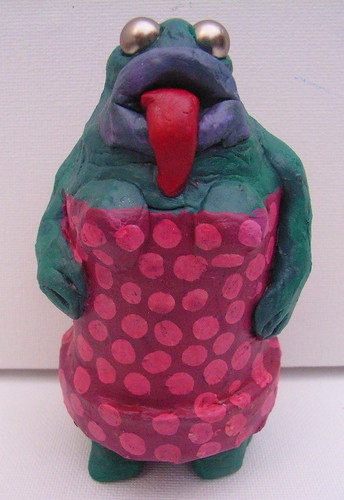 Constable Chimp. He is the law. 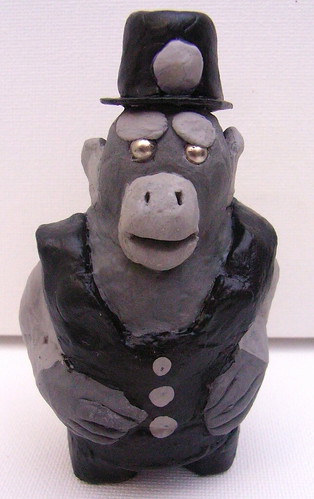