I had my meeting with the modern matron (my manager at the hospital), and it was decided that I could return to work next week on a phased return over four weeks. I'll do two shifts of five hours in the first week, and these hours will increase over the following weeks until I'm back to full time work on the fifth week. I'll be working one of the acute psychiatric wards: a ward I know well, having worked there before.

Here's the reworked versions of the two gold robots seen last entry. Little Jim and Big George. I don't know whether they qualify as robots any more. Both Jim and George will be up for adoption on eBay quite soon. Ball bearings were used for the eyes. Big George is smoking the stub of a cigar. 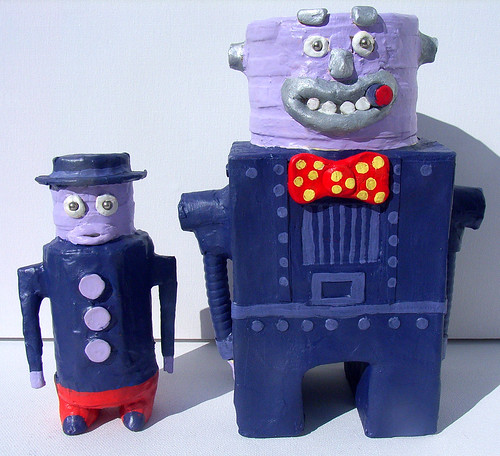 And lastly, a preparation pen study of Batman, done for an upcoming painting. Having done a Superman painting, I feel obliged to have a crack at the other one. 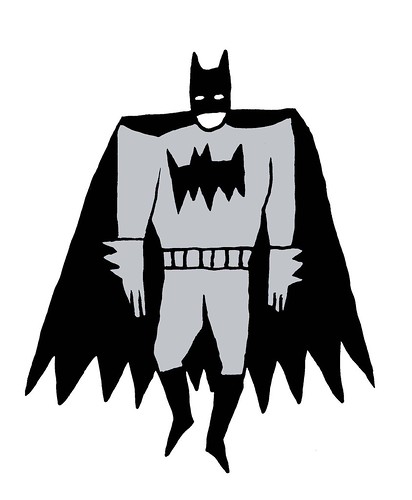