With an urban scene like this one, I generally start by scribbling over the canvas with a pencil. I'll know roughly what I want to do, but the scribbles help by making random shapes which I can focus on. Squares and oblongs will look like buildings, and this will help me pull the picture into focus out of the mass of fuzzy lines. With this painting, I used a red pencil crayon after the HB pencil in order to make the lines I wanted stand out further. After this I painted the lines in a dark purple, and greyed out the road sections. 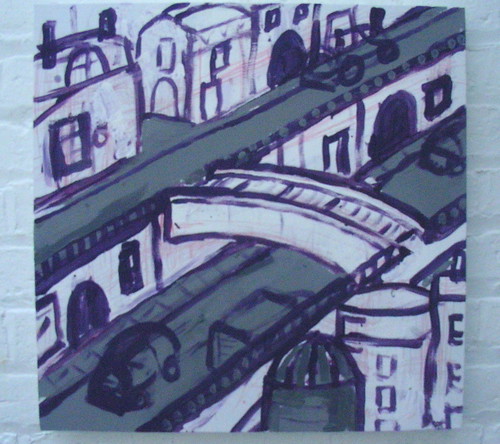 Then, very broadly I'll start painting the colours in, working from top to bottom of the canvas. Originally I had the idea of having a pond in the middle of the painting, but the oval shape I'd created looked more like a bridge to me, so I took it in that direction instead. The dark purple was gradually replaced with softer greys. 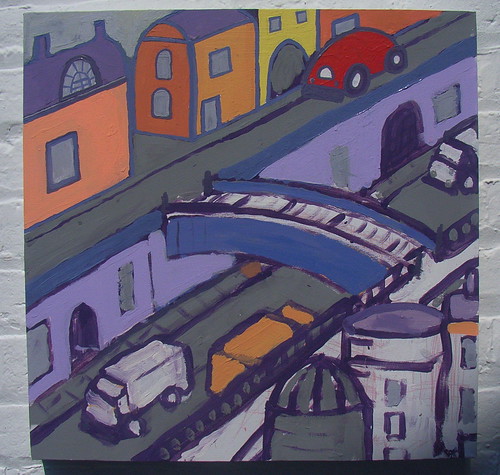 In this way the pic becomes more defined. I'll do the entire background before adding the final element, which is people. 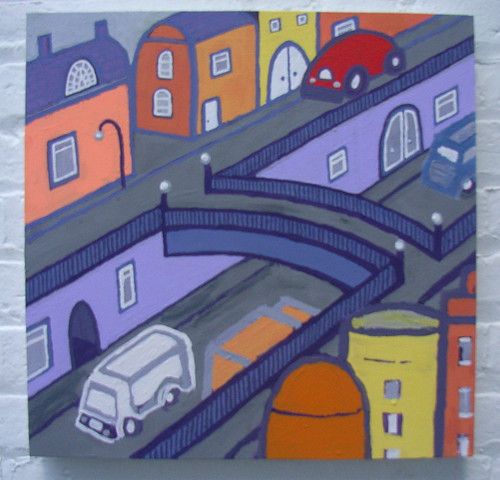 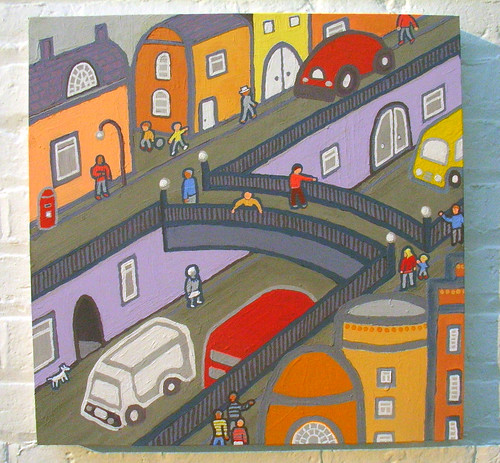