Those not interested in football should skip this first paragraph.

I sometimes think that England's continuing lack of success in football tournaments, such as the World Cup, is payment for past imperial sins. To support England is to know suffering. Watching the game against Portugal on Saturday was like Groundhog Day, in which an all too familiar agony was experienced. Yet another penalty shootout and another exit from a major tournament. It happens this way every time. The only good thing I can say about the game was that England played better, after Rooney was sent off, than they had in the whole competition previously. Playing with only ten men seemed to galvanise the team. It was as if they had been set free from the restricting structure they'd been forced to play under, and could at last show how good they really were. Perhaps under a new manager and captain they will fare better?


Another blazing hot day. I had an appointment up at the hospital with Occupational Health and walked up there in the heat. Much was discussed. I stated that I'd like to return to work. A phased return was suggested, in which I would do only a few hours on the ward, at first, and this would be increased as I regained my confidence. This sounded good to me.


Other than than that walk up the hill, I've spent another long day, mostly in my kitchen and in the shade of the yard, working on my current canvas and further paper machie work. Here's a recently finished example of a paper machie bowl: 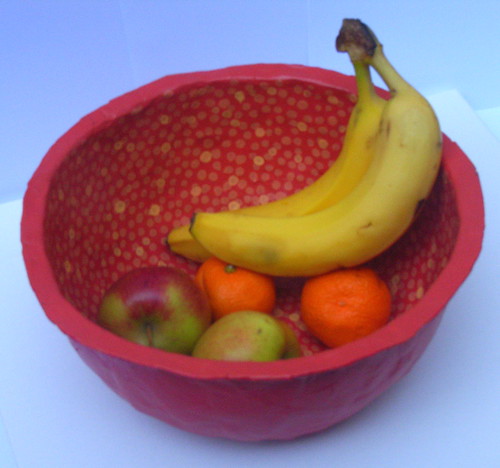 I'm fascinated with the colours you get when mixing up paint. A paint encrusted pot. 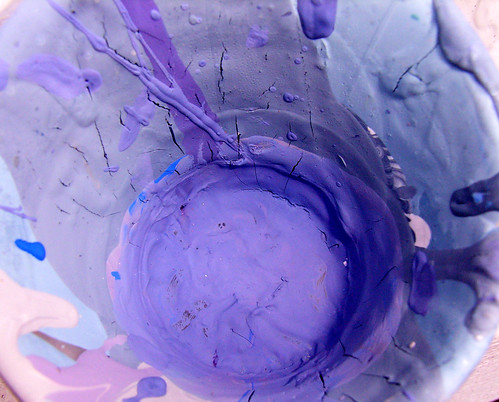 A closer view of that Superman painting. 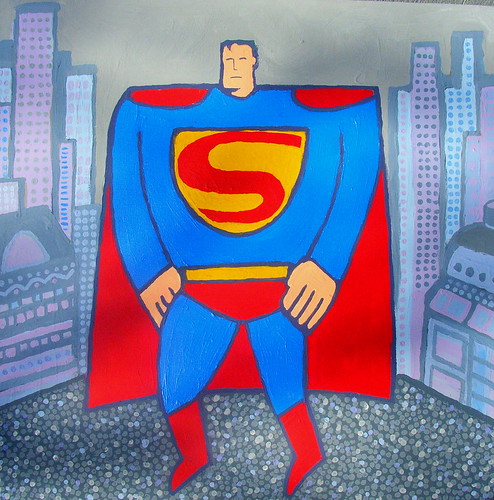