There's a point where patriotism tips over into offensive nationalism. This is the home of the local British National Party councillor in Braithwaite, Keighley. The BNP being a far right racist party that has gained some ground in areas of England where there's also an Asian or black community. This house is on the street where I lived when I was a kid. The area has really deteriorated since the Sixties. 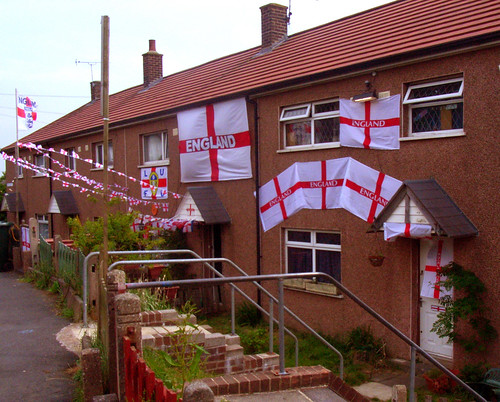 By contrast here's an image of an Asian family's washing line. I know which photo I prefer. 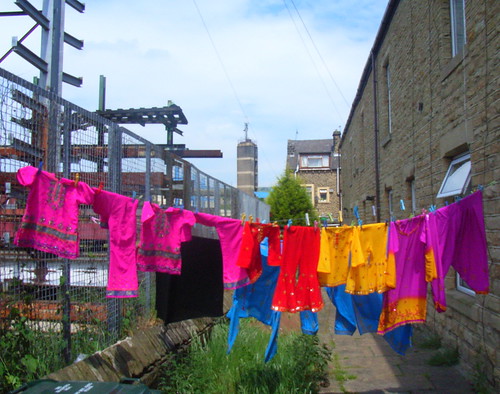 Keighley (pronounced Keethley), my home town, was originally a textile town that made wool products from the fleeces of the sheep that lived on the surrounding hills. With the collapse of the textile industry, the town became very down at heel. Drugs, racial strife and urban squaller are all problems Keighley has had to struggle with in the past thirty years. It's generally a rather ugly area, but some places do manage to jump out at you from the grim post-industrial landscape. 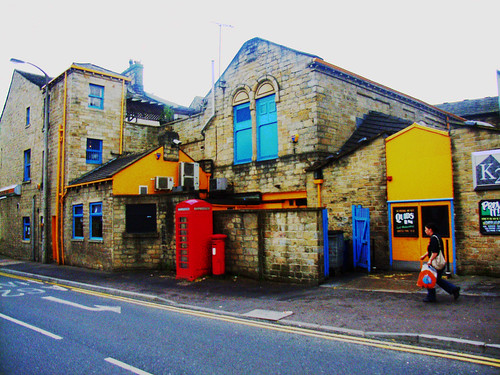 And of course, the countryside around Keighley is rather wonderful. 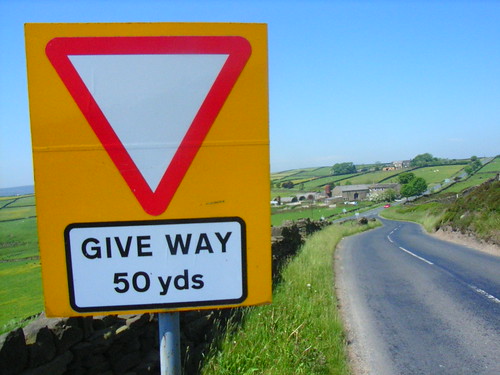