There were no written assignments for us poor mental health nursing students in the last trimester. Instead we were told we'd have to feedback to the rest of the class, with a presentation on what we'd learned, during our placement. Well many people were dreading this. I think they'd rather have had to write two assignments than speak in front of the class. This is not an issue for me, as I've never had a problem with public speaking. I'm generally quite confident in such situations.

Come the event though, I found that I was much more nervous than I expected to be. I stood up to use the powerpoint and my mouth dried up, I forgot what I'd planned to say, and when I did speak, I stuttered and failed repeatedly to utter an articulate sentence (it seemed to me). Somehow, I stumbled through the intro, and after a couple of minutes, managed to get control of my nerves.

The main problem, I think, was the fact that I used my own artwork in the presentation. This may seem stupid (because it is), but I get quite anxious when people look at anything I've drawn. After starting the powerpoint, I turned around to see my own artwork blown up to huge size, and my mind went completely blank. I'll have to be prepared for this next time and work out some strategy to get me through the first nervous minutes.

In the end though it all worked out pretty well, and once I relaxed, I managed to get a few laughs. I'm actually looking forward to the next time, when I'll make a much better stab at it. 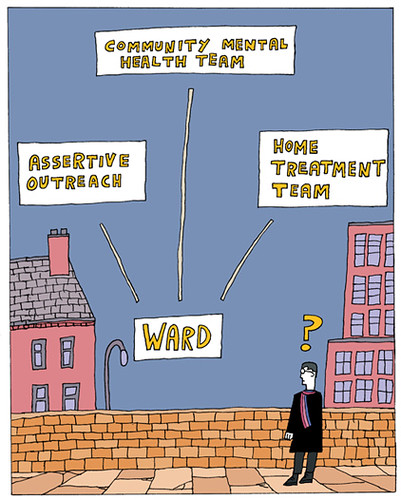